Learn how Playwire helped ABCya reach a new level of growth in their business and free them up from "ad management" so they could get back to creating educational content. 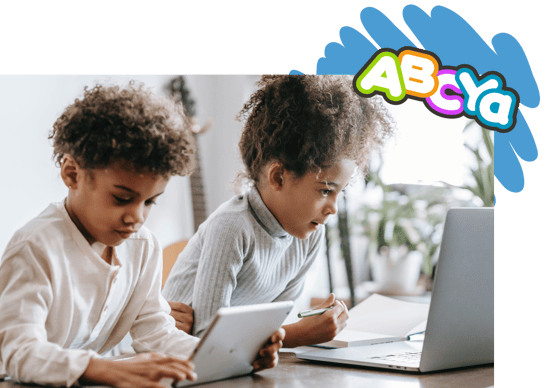 After organically growing and managing the educational site from 2004 to 2015, managing ads was becoming quite a challenge. The team at ABCya was having to split their efforts between managing the ads on the website and creating great content.

Playwire became COPPA compliant and certified so they could partner with ABCya to ensure safe ads on the site and take the effort of "ad management" off their team.

Playwire was able to significantly increase revenue for ABCya by negotiating direct contacts and bringing in very lucrative and safe ads. ABCya reached a new level of growth in their business and freed the rest of the team to double-down on creating content.

ABCya.com is the leader in free educational kids computer games and activities for elementary students to learn on the web. The incredible children's educational computer activities they produce are all created or approved by parents and educational specialists, and their mission is to provide teachers access to quality resources to help students succeed while making learning fun and engaging for students.

ABCya began a relationship with Playwire in 2016. After organically growing and managing the educational site from 2004 to 2015, managing ads was becoming quite the challenge.

As the site and its audience grew, the team at ABCya was having to split their efforts between managing the ads on the website and creating great content. Alan was incredibly protective of the ads on the site, as it was something he’d personally managed for much of the website’s lifetime.

He was very passionate about maintaining brand-safe content for the young audience, but trying to do that through the tools afforded through Google Ads took a toll on his time. Not to mention the fact that the heart and soul of the ABCya team really was in the creation of their incredible content.

Because of their position and dedication to their audience, ABCya decided they could only engage Playwire if they were willing to become COPPA compliant and certified.

So, being dedicated to the success of their partners (or even potential partners), Playwire jumped in and worked through the KidSafe program, becoming COPPA compliant to ensure they would have all the stringent controls in place to guarantee brand-safe content to educational sites like ABCya.

The move was mutually beneficial: ABCya was able to ensure the safety of their ads, and Playwire became a trusted partner in the kids' ad space.

In addition to taking the herculean effort that was “ad management” off of the ABCya team, Playwire was able to significantly increase revenue for ABCya. Playwire was able to negotiate direct contacts, bringing in very lucrative and safe ads. The decision to partner helped ABCya reach a new level of growth in their business, and freed Alan and the rest of the team to double-down on creating content.

They almost immediately paid for themselves

"Playwire increased revenue so much they almost immediately paid for themselves, and then began driving additional profit for ABCya."

In their first year with Playwire, ABCya saw an 89% increase in their year-over-year ad revenue.

Roughly 37% of ABCya's total ad revenue is now driven by direct sales, a channel they couldn't tap until joining Playwire.

A Partnership that Transcends Traditional Boundaries

Unfortunately, in 2017 tragedy struck and Alan passed away unexpectedly. His wife, Lisa, jumped in to take over the business, learning from the ground up.

She immediately reached out to the Playwire team for support in learning how to take over the duties of ad management in her new role. Jayson Dubin, CEO of Playwire, and Brad Bailes, Director of Business Development for Playwire, immediately hopped on a plane to Rhode Island to stand by Lisa’s side and support her in learning the intricacies of what Playwire had been doing for ABCya.

“Jayson and Brad went to great lengths to support our company in a time of need, and for that I’ll always be grateful.”

Thriving in the Face of a Pandemic

Lisa successfully took over ABCya and continued to run the business through the COVID pandemic, which struck in 2020. It was then Lisa realized what her husband had built was the perfect fit for a country in need of solutions for distance learning.

Ultimately, ABCya proved during the pandemic that it had built a sustainable business in which everyone wins: kids and their families get access to educational content for free, ABCya is paid by advertisers to create more great content, and brand-safe advertisers are able to get their message out to their target audience. 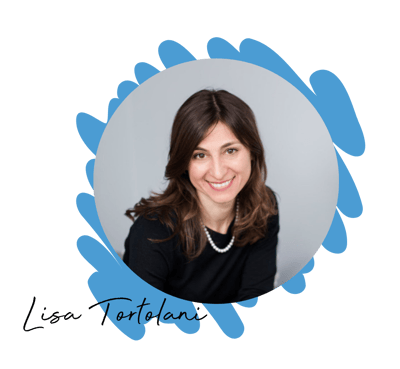 “Playwire is united with educational technology sites in the common goal of providing good, safe content. By ensuring that all ads are safe and appropriate for young viewers, Playwire affords publishers the opportunity to focus on growing their businesses."

Let Playwire focus on your advertising so that you can focus on building up your content and growing your audience.

Whether you need more resources to help manage services, additional demand sources, or higher CPMs, we've got you covered. Playwire unifies advertising in a way never done before by combining Direct Sales, Deal IDs, Header Bidding and more all in one easy solution.