An ads.txt file is a secure, flexible way for publishers to allow approved companies to sell their digital advertising inventory. 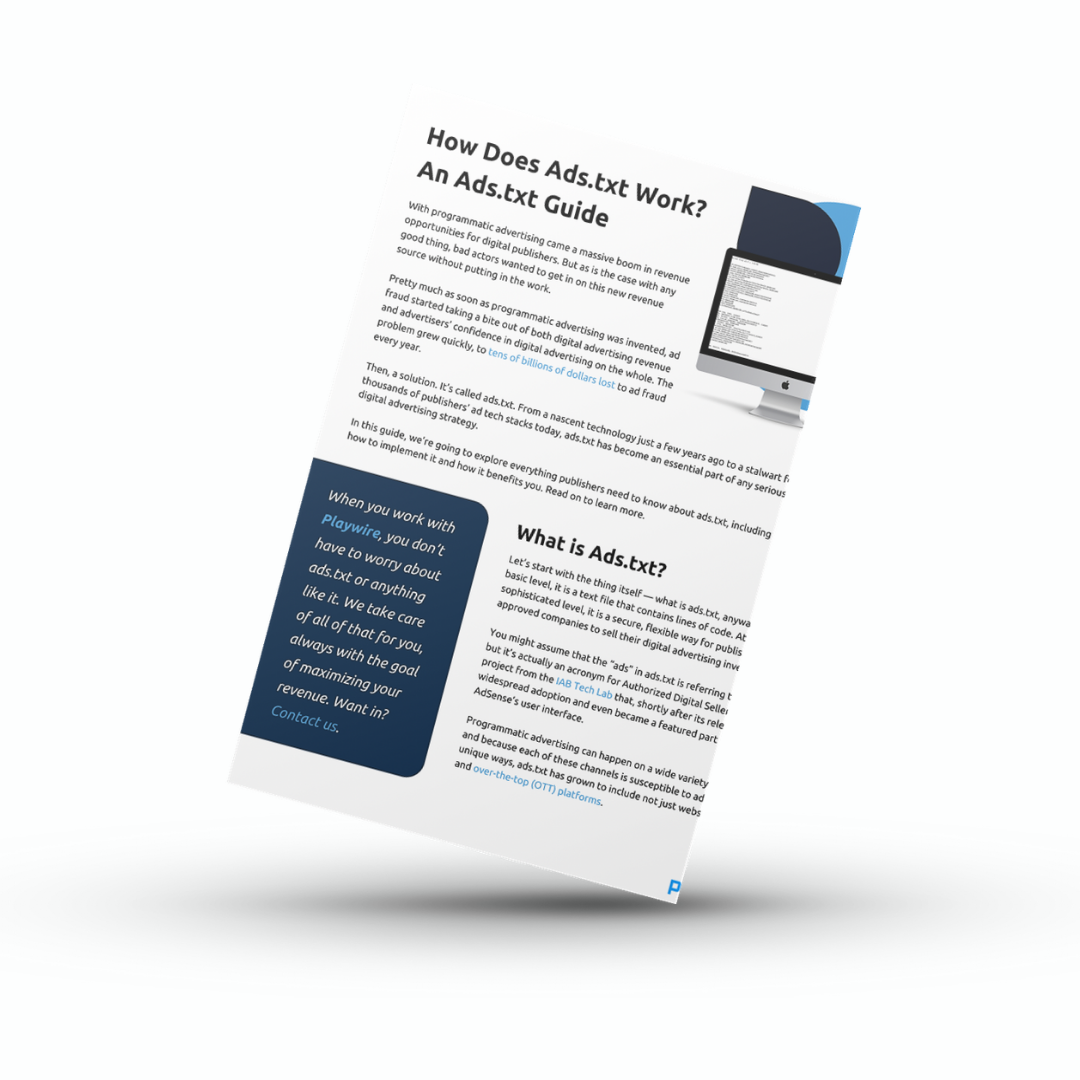 How Does Ads.txt Work? An Ads.txt Guide

Read about ads.txt from A-Z with this guide from our experts.

How to Create an Ads.txt File

In this post, the Playwire team walks you through how to create an ads.txt file for the first time.

Learn how to build an ads.txt file for an OTT channel.

Creating an Ads.txt File for Your App

Learn what it is required when building an ads.txt file for a mobile app.

How to Add an Ads.txt File to Your CMS

Learn how to add an ads.txt file to your CMS. This article covers WordPress, Squarespace, Webflow, Joomla, HubSpot, Drupal, Blogger, and Wix.

Learn how to generate the appropriate lines of code for your ads.txt to incorporate AdSense demand.

5 Tips for Getting Your Ads.txt Syntax Right

Getting your ads.txt syntax correct is incredibly important for maximizing your ad revenue. This article will help ensure you get it right.

This article walks you through some of the tools you should have in your ads.txt toolbox including an ads.txt manager, an ads.txt validator, and an ads.txt generator.

Publishers can run into advanced ads.txt situations that don’t feel all that simple. This article teaches you how to tackle them.

Switching to Playwire has effectively increased our ad revenue by about 50%.
Jah Raphael
Owner and Founder 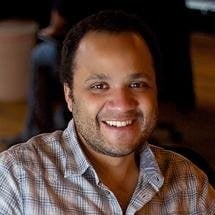 Increased from 1-9 sources of demand.

What are ads.txt files?

At its most basic level, it is a text file that contains lines of code. At its most sophisticated level, it is a secure, flexible way for publishers to allow approved companies to sell their digital advertising inventory.

You might assume that the “ads” in ads.txt is referring to advertising, but it’s actually an acronym for Authorized Digital Sellers. It’s a project from the IAB Tech Lab that, shortly after its release, gained widespread adoption and even became a featured part of Google AdSense’s user interface.

Programmatic advertising can happen on a wide variety of channels, and because each of these channels is susceptible to ad fraud in unique ways, ads.txt has grown to include not just websites, but apps and over-the-top (OTT) platforms.

Ads.txt started with websites. For web publishers, ads.txt is a text file that the publisher creates and hosts on their site, usually at a top-level URL that looks something like this:

That text file contains information that authorizes particular exchanges and supply-side platforms (SSPs), or sellers, to sell the publisher’s traffic. When buyers are responding to bid requests, they verify that the seller is listed in the publisher’s ads.txt file to ensure that the transaction is safe and fraud-free.

A couple of years after ads.txt was created, the IAB Tech Lab saw the need for a similar fraud-prevention solution in the in-app advertising space. Apps may be distributed via relatively secure app stores, but they are just as vulnerable to ad fraud as websites.

As OTT advertising has grown in tandem with sales of Rokus and similar devices, ad fraud has also grown in this space. Ad tech industry leaders didn’t have to engineer a whole new solution for this problem, though. They already designed app-ads.txt for use in OTT channels.

Do I need an ads.txt file?

In short: if you are a publisher that relies on ad revenue, yes, you need an ads.txt file.

Why is ads.txt important?

As a publisher, ads.txt should be important to you because without it you may struggle to get demand to fill your available ad inventory.